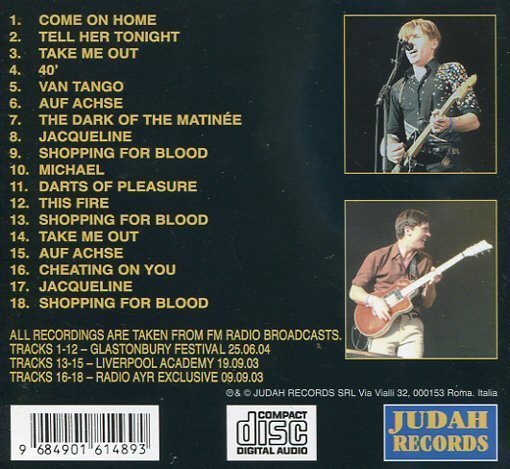 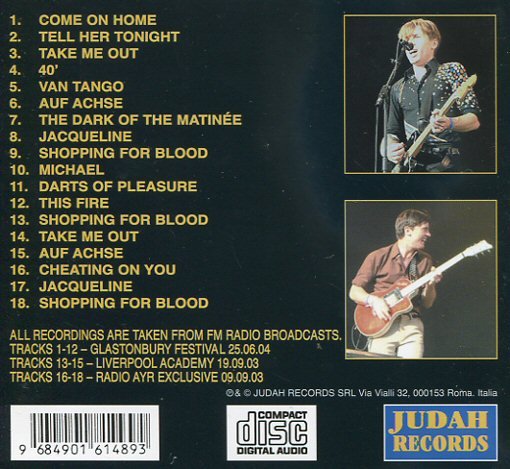 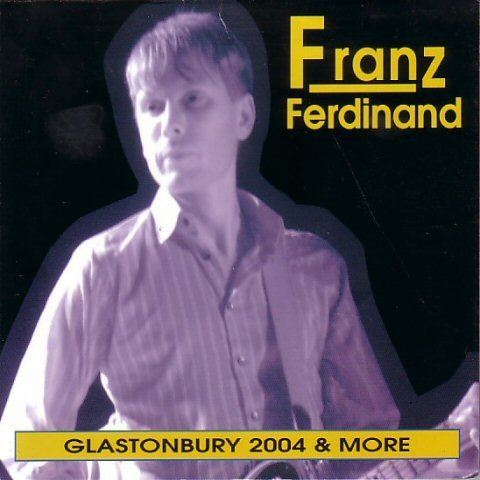 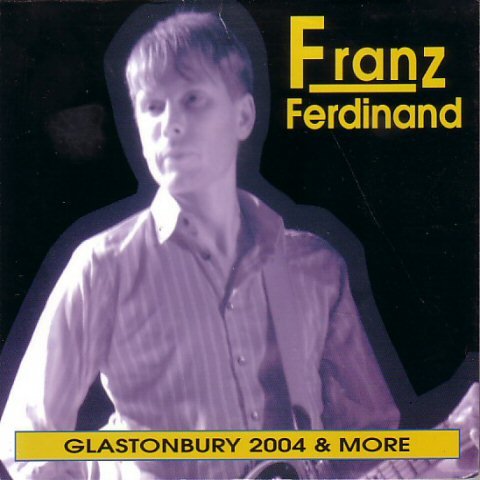 Franz Ferdinand came from nowhere tobecome one of the biggest bands in the UK in 2003 and 2004. Thisalbum features a show at Glastonbury Festival on the 25th of June2004. They attracted a very young crowd with their funky-pop-indie,and the majority of the kids loved it. They had slight soundproblems early on in the gig, but these are all forgotten when theyplay the first big track Take Me Out and everyone had their handsin the air clapping. They've got a really bright soul about them;they write about everyday, understandable things. Franz Ferdinandare just really good, tongue-in-cheek energetic pop with discobeats, a heavy guitar and good synthesizers. The gig was justblinding. They turned the Other stage into the main stage for theduration of the set. I've not seen anything like it since theStrokes played here a couple of years earlier. They've got a reallyfantastic presence and frontmen Alex and Nick had a good on-stagerelationship, feeding off each other for the links between tracksgiving you the feeling that they're good friends. Every song isimpossibly catchy, and it seemed they´ve lived up to their promiseof `making songs for girls to dance to´. The band clearly wereenjoying the experience, and judging by the reactions of the peoplein the crowd, so was everyone else. This album also features 6bonus tracks from 2003.

Army Of Lovers â€Ž- Give My Life - Cd